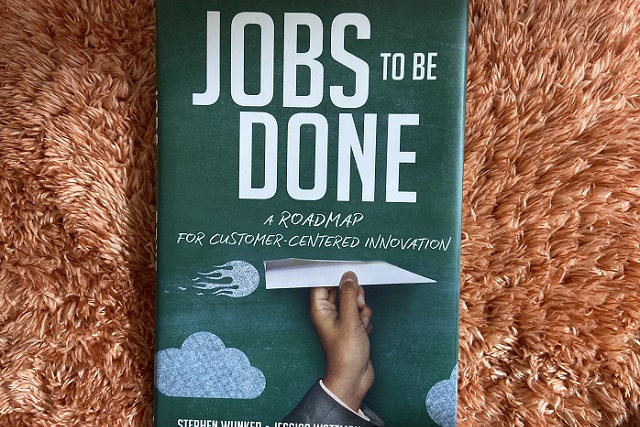 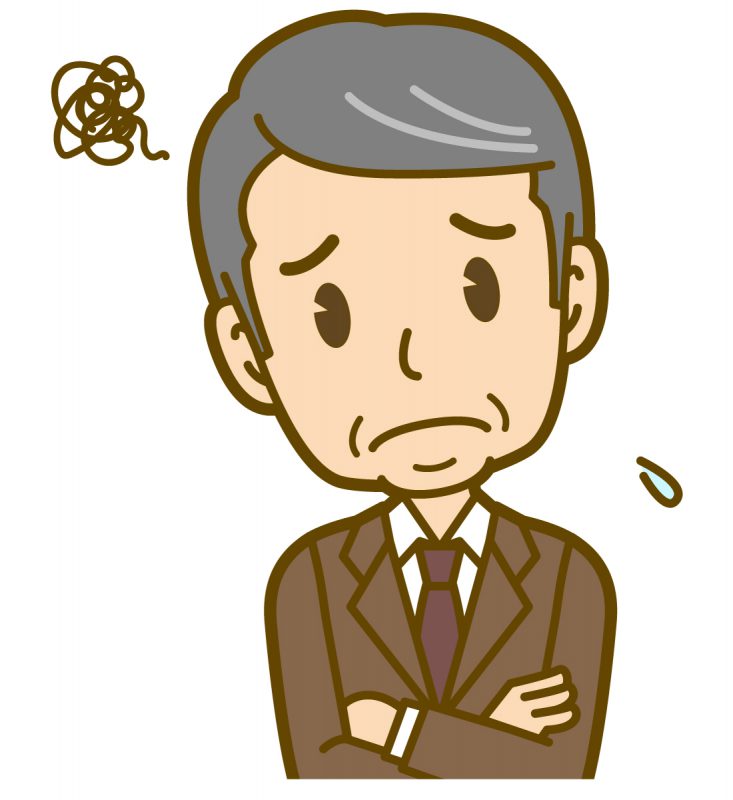 I hear about job theory, but what is the methodology?

I have read “Job Theory” by Professor Christensen of Harvard Business School and would like to know how it is deployed in the field.

There are two different approaches to the Jobs To Be Done method, which has been utilized early on in the U.S., and we will explain how to use each.

Since the publication of Professor Christensen’s “Job Theory” in Japan, there has been a movement among Japanese companies to attempt new product development and new business development utilizing the Job Theory.

Since 2017, we have been introducing job theory and consulting on how to utilize it in our product development innovation support activities for our clients.

Job Theory is known in the West as the Jobs to Be Done method, but its origins are said to be in Outcome Driven Innovation (ODI) led by Anthony Ulwick.

Ulwick published an overview of ODI in the Harvard Business Review in 2002, and in 2005 published “What Customers Want” to show how to breakthrough products and services with ODI. In 2016, he published “Jobs To Be Done,” which became Job Theory.

On the other hand, Professor Christensen of Harvard Business School, in his book “The Innovation Solution,” also mentions the current job theory approach.

In fact, I believe that we can say that the basic concept of ODI was conveyed to Christensen from Ulwick around the late 1990s, and we have both been brushing up on this idea.

In several of his books, Professor Christensen has begun to introduce the basic ideas of job theory using the milkshake promotion as an example. It is a story often heard in his lectures.

Around the same time that Ulwick publishes “Jobs To Be Done,” Christensen publishes “Competing Against Luck. This was the original work published in Japan as “Job Theory.

Competing Against Luck” means that many of the innovations that have been made so far have actually been the result of good luck, and that if companies do not fight against this luck, they will never truly succeed.

Ulwick’s Jobs To Be Done (JTBD, or Job Theory) and Christensen’s Job Theory are actually very different in content. The starting point is the same, the jobs that must be done by the customer (Jobs to be done), but the difference is how to create change in the company’s activities from there.

Use two types of job theory

I and Mr. Inagaki, president of GLOBALING, Inc., have noticed this difference and have decided to call Ulwick’s job theory JTBD-P and Professor Christensen’s job theory JTBD-B, using our own terminology.
“P” stands for Product and “B” for Business.

Ulwick’s job theory (JTBD) is named P because it has a clear framework and is rather effective for improving existing products based on customer value.
In JTBD-P, or outcome-driven innovation, a job is defined as a flow of jobs to be done from the customer side when considering the use of the target product.
A series of jobs are defined, such as preparing the product, setting up how to use it, making it work, monitoring it, modifying it, etc. The customer’s expectations, or outcomes, for each job are then identified.
By gathering information from the customer on the level of importance and current satisfaction for each outcome, we find out where we should focus our development efforts.

The report provides examples of how it has been used by major European and U.S. companies. For example, the method and framework of job theory are introduced along with the story of Bosch’s development of electric saws in the North American market as a latecomer to the market.

Professor Christensen’s job theory, on the other hand, takes a deeper understanding of the concept and, broadly speaking, takes an approach that rethinks the company from the way it is. We decided to add a “B” to Business in the sense that it leads to new businesses and entirely new ways of thinking.
In a larger sense, Professor Christensen’s job theory has much in common with Philip Kotler’s Marketing 3.0 concept, and I believe that it is an issue that should be considered on a company-wide scale, rather than in the context of a partial approach to development or marketing.
The theory itself is surprisingly simple, and I have heard many people say that they understand the concept but have difficulty understanding how to put it into practice.

I think this can be seen from the fact that there are so many books and articles on the web explaining job theory.

We make a strong distinction between these two job theories in our company.
We believe that, depending on the client’s situation, both theories need to be placed at the heart of organizational reform, and management and development plans need to be developed and implemented.

JTBD-B, or Christensen’s job theory, is beginning to be utilized by start-up companies in the United States. For startups, Eric Ries’ “Lean Startup” is a well-known book, and for a long time it was treated like a bible for entrepreneurs (and is still being used), but now it seems that there is a trend toward using job theory to make startups more successful.

There is a book that provides many examples of how job theory can be used in startups: “When Coffee and Kale Compete” by Alan Klement. 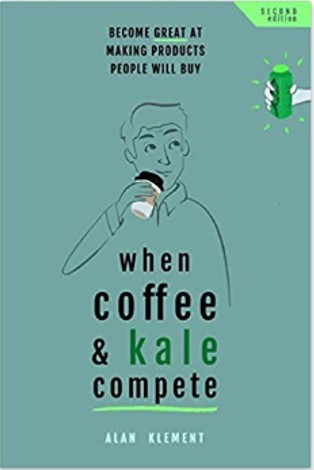 Alan’s argument is that Job’s desire for human evolution and the discovery of a new me (New Me) is the clue to Job seeking.
Women do not seek cosmetics because they are looking for superior ‘cosmetics’, but rather they are looking for something best to change themselves, to realize how to create a new self.

In the book, a case is shown where an Indian appliance manufacturer’s ultra-compact refrigerator developed for the poor in India flops because it misjudged the competition, and I found a bit intriguing the way he criticizes Christensen by revealing that Christensen was involved in this project.

Both Christensen’s and Alan’s job theory, which we classify as JTBD-B, focus on how we perceive the customer’s job, that jobs are not new and have always been universal, and that solutions to jobs have changed over time, as well as the presence of human emotions in the relationship between jobs and solutions.

In particular, he says the key to innovation is how to overcome resistance to new solutions, that is, how to overcome the psychology of hesitancy to do something new due to worries or previous habits.

He also explains that it is necessary to not only overcome the negative psychology toward new solutions, but also the positive emotions that encourage new things.

While JTBD-B has the potential to generate new ideas and innovation by rooting it in the mindset of each individual, it also shows the potential not only for individual change, but also for major change throughout the organization, or even top-down, company-wide.

The book also introduces an example of how a company’s management policy and mission can be set in line with the job theory to unite the thoughts of all employees and bring about a major innovation.

Kotler’s Marketing 3.0 is exactly in line with the fact that marketing is a task to be tackled by the entire company, with “making the world a better place” as the top objective.
I will discuss the relationship between marketing evolution and job theory another time.

Now, how to distinguish between JTBD-P and JTBD-B. In my opinion, both are necessary in many companies.

I feel that many Japanese companies I am involved with want to take two different directions at the same time: to maintain and continue existing businesses and to build new business pillars.
In this case, while continuing the existing business and being exhausted by competition over a long period of time, I would like them to first consider changing their structure to one where they can continue to make small hits with their existing products, while understanding and practicing the basics of job theory through JTBD-P.

If you try to conquer Christensen’s job theory out of the blue, you will tend to end up in a situation where you seem to understand the theory in a fluffy way and will not be able to use it fully.

Of course, if a new product or new business is more urgent than an existing business anyway, it is recommended to introduce JTBD-B from the beginning, but if allowed, we recommend that you try to deploy JTBD-P first.

JTBD-B is, in a sense, a change in awareness, and since it cannot be solved by a framework, measures are needed to bring top management, middle management, and the field together to change awareness.

I believe that it is necessary to fundamentally change the conventional way of product development by having each individual at the field level gain a total understanding of what a job is, the flow of jobs at the functional level (i.e., the story), higher-level jobs as a desire for evolution, solutions for jobs, and customer psychology for solutions, and recognizing these as true customer thinking only when they are included as a whole.

We need to educate each individual and at the same time, we need the understanding of top management and the drive to change their way of thinking.

Japanese companies have enjoyed an era in which they became the world’s No. 1 in manufacturing quality, but the market, or markets, are changing at a tremendous pace.
However, the market, or in other words, the marketplace, is changing at a tremendous pace. The concept of marketing has changed drastically accordingly, but it seems that many Japanese companies have not been able to keep up.

The concept of marketing is a new idea that only started when the Model T Ford, or the automobile, was born into the world, and it has been changing for less than 100 years. If we stay in STP marketing forever, we will be left behind in the world.

Job theory seems to be one solution to the evolutionary process of marketing.

We also believe that Job Theory and Kotler’s Marketing 3.0 or 4.0 have many things in common.