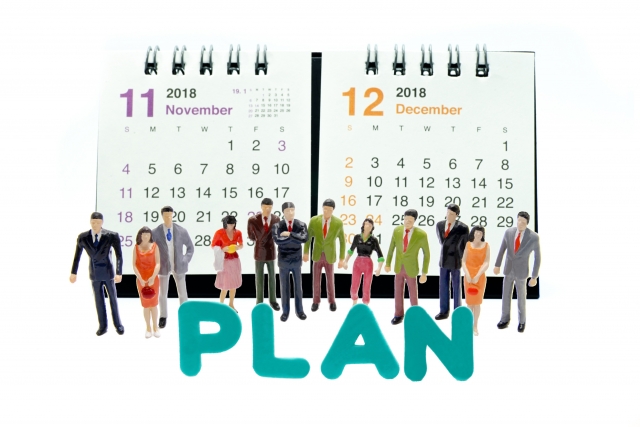 The problems of a manager at a product development site

The Toyota method of lean product development is, in a sense, an idealistic theory, but our consulting services are based on a thorough understanding of how to put it into practice, and we can help you reform your development process and shorten your development time.

Changing the development process may not be easy, as there are major obstacles, but we hope that the entire organization will understand that great value can be gained and take on the challenge.

Contents of the text

The following are three important points to be considered when implementing the Toyota method of lean product development to suit the situation on the shop floor.

A mistake that many companies make in product development is to try to design the entire product quickly and make a prototype.

They try to shorten the product development period by building things quickly and solving problems quickly.

This brings out all sorts of bad things later on.

Product development is about putting in new concepts that the customer really wants and, if necessary, going into unknown technical areas to challenge them, while creating a quality product that satisfies the customer.

It is obvious from the beginning that if you make a prototype by mixing up the base technology that already exists and what you are going to challenge, you will not be able to collect the results.

By changing the development process to one of building up “knowledge” by trying out small things that are challenging or not currently known (set-based development), the time it takes to finally deliver a high-quality product to the customer will be shorter, even though it may seem like a long way off.

This is the way many companies do it, but there are some companies that are not able to move on to set-based development because of the anxiety of both the top management and the front line about not deciding everything first.

The shortcut to reforming the product development process is to shift to a way of thinking where knowledge is accumulated in small units to create challenging products.

Development efficiency can be dramatically improved by changing to a development method that accumulates small pieces of knowledge, and at the same time, by creating a system and structure that allows the company to accumulate that knowledge as an asset and reuse it in organizational activities.

We will use the “A3 report,” which can describe a lot of “knowledge” in one sheet and can be communicated to others.

I think the significance of a report in a company is usually that it is a tool to report the results of your work, progress, suggestions, etc. to your boss.

That is correct, but as mentioned earlier, in order to view “knowledge” as a “company asset,” it is necessary to leave it as a product of the entire company, rather than as a product of an individual.

In order to properly create an A3 reporting culture, we need to

It is necessary to change the mindset like the following.

By integrating the A3 report culture with the set-based development method, product development can be carried out with a focus on the idea of “knowledge” assets, and the occurrence of quality problems can be dramatically reduced.

The A3 report culture will help you become better at communicating what you are doing to others. It also encourages people to take an interest in what others are doing, which in turn stimulates communication within the organization.

Both supervisors and subordinates will be nurtured both technically and humanely.

It is also necessary as a process reform to improve the quality of project progress, for example, to solve problems that occur in the development process in a short period of time, or to minimize damage even when problems occur based on anticipated risks.

Toyota’s chief engineer system is very famous. The chief engineer is not just a development project leader, but is responsible for the entire value chain of the product, from marketing, planning, manufacturing, sales, purchasing, and service. In other words, the chief engineer has all the business responsibilities related to the product model and also has the ability to carry out all of them, making him or her a superman-like all-rounder.

One competent leadership is the ideal in every company, but although many companies try to copy this system, it is not easy to do so.

Not only does it take time to develop a superman, but it also requires the soil and structure to nurture him.

We must first create people who can serve as examples, and we must create a culture and system that will continuously produce supermen, but for many companies, creating this system will be a 10-year job.

It requires understanding from top management and a reform system that is prepared to be patient and long term.

I believe that Toyota’s chief engineer is responsible for the entire value chain, and many companies have a phase-gate development style where the person responsible changes with each phase.

If that is the case, it may be difficult to set up the position of chief engineer itself.

Normally, a project manager would be assigned to manage only the development and design phases.

I think that developing excellent project managers is an important issue that can become a management issue for a company.

There are many companies that have adopted a system similar to that of Toyota’s Chief Engineer, but I believe that what is important is not the system itself, but rather the concept of training and how to continuously train excellent project managers, as well as the structure and culture that supports it.

If you are interested in developing excellent project managers, please refer to the following reference articles.

Now that you understand the three important points necessary for reforming the development process, I would like to talk about how to proceed with the reform, the system, and the actual time required.

The product development process is like the culture of the company, and over a long period of time, it is ingrained in the body from the top to the bottom.

It takes a certain amount of time and effort to change it.

First of all, this is a must. The more enthusiastic the top management is about promoting the reform and its methods, the more the reform will progress.

Reform promotion team and its authority

By assigning a promotion team of 5 to 10 people who are highly motivated and aware of the problems with the current situation, the team will learn the essence of the method, make a promotion plan, and implement the reform by influencing the people around them.

It is very important to have the authority and support from upper management to ensure that the proposals from this team are smoothly passed within the company.

Setting up a model project

It is difficult to change the company’s structure, processes and habits that have been used for many years all at once, and the reform activities may be frustrated due to resistance.

However, I think it is important to allow the project to proceed with some time for trial and error without placing strong expectations on the members, and to make sure that the members are convinced that they can do it again based on what they have learned, rather than seeking the results themselves.

The required period will vary depending on the length of the normal development period of the target product, the state of the product before the reform, the number of members who can participate in the reform, and the degree of involvement of top management.

To put it crudely, I think it takes about five times longer than the average product development period. In other words, if the development period for one model is usually one year, it will take five years for the reform to be completed and the new process to take root.

However, the way to proceed (rough flow) is as follows, so that the results can be properly measured along the way.

It takes about five years for a development process reform to be put into practice and for the new process to take root.

However, it does not mean that there will be no results at all during the five years.

It is possible to build up solid results step by step.

The case study that I can introduce here is about Teradyne Vensos, a manufacturer of inspection machines that introduced Lean development early in the United States. (We cannot disclose our client’s case study at this time because it is confidential information and they are still in the process of reform.)

When I visited this company in 2015, I was able to exchange information with Bob Melvin, the general manager of the development division who has been leading the development process reform through Lean development, and listen to their development story, current status, and future.

Let’s take a rough look at the flow of their reforms.

2005 Start to introduce Lean Development
Ron, the president, and a consultant start the introduction

2010 Completion of Lean development process for the entire company

He really struggled with how to adapt the methods provided as theory to the processes and habits they had been using for years, and how to realistically make the transition.

After five years, Bob looks back on how they were able to make it their own, and when I asked him about the specific benefits, he replied

The figure below shows the difference in the sense of schedule before and after the development process reform at Teradyne Vensos.

By spending more time on proof of concept (POC) in small experiments to build up knowledge, and by using a seemingly roundabout approach to design and prototyping only once, we have shown that the total development period has been greatly reduced.

In addition, the fact that market problems have been drastically reduced, whereas the conventional way of doing things would have caused quality problems in the market even after mass production, is also a major effect.

Bob told me that they were at the beginning of their reform in 2010, and five years later, in 2015, that is, ten years after the start of the reform, they still did not have a chief engineer. However, he said there are two candidates.

How to turn an idea into a product with Lean Development

How to Innovate the Futureship Development Process and the Time Required

I understand the theory behind Lean development, but how do I put it into practice in the field?

This session will answer these questions.

The” Lean Product Development Practice Seminar” is offered as an open course. 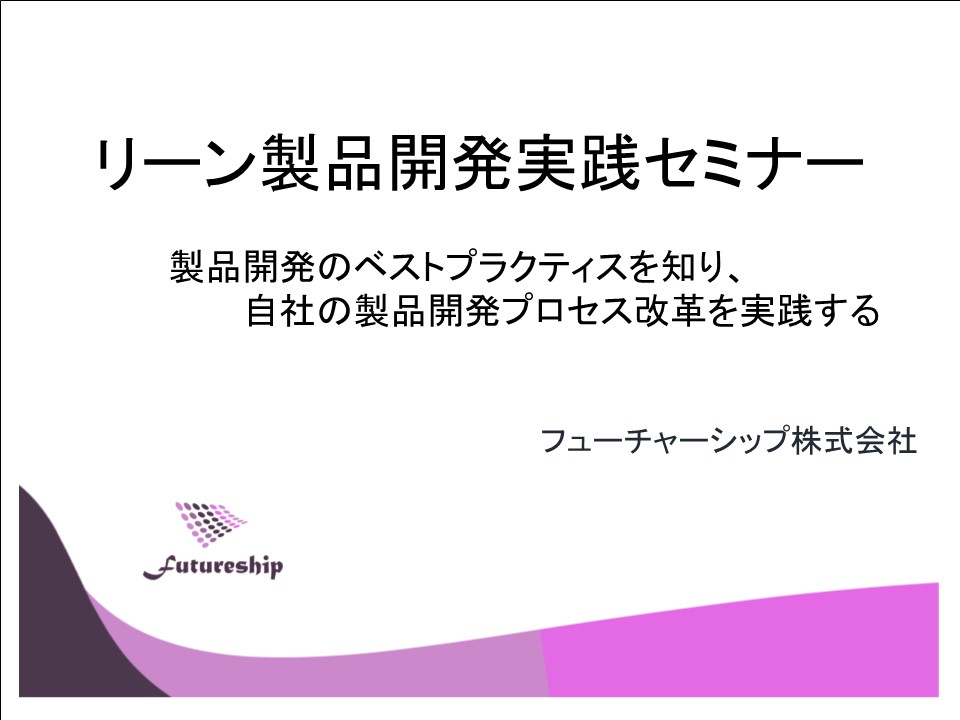